Should your have an officiant at your elopement ceremony? · Wild Earth Weddings

Should your have an officiant at your elopement ceremony? 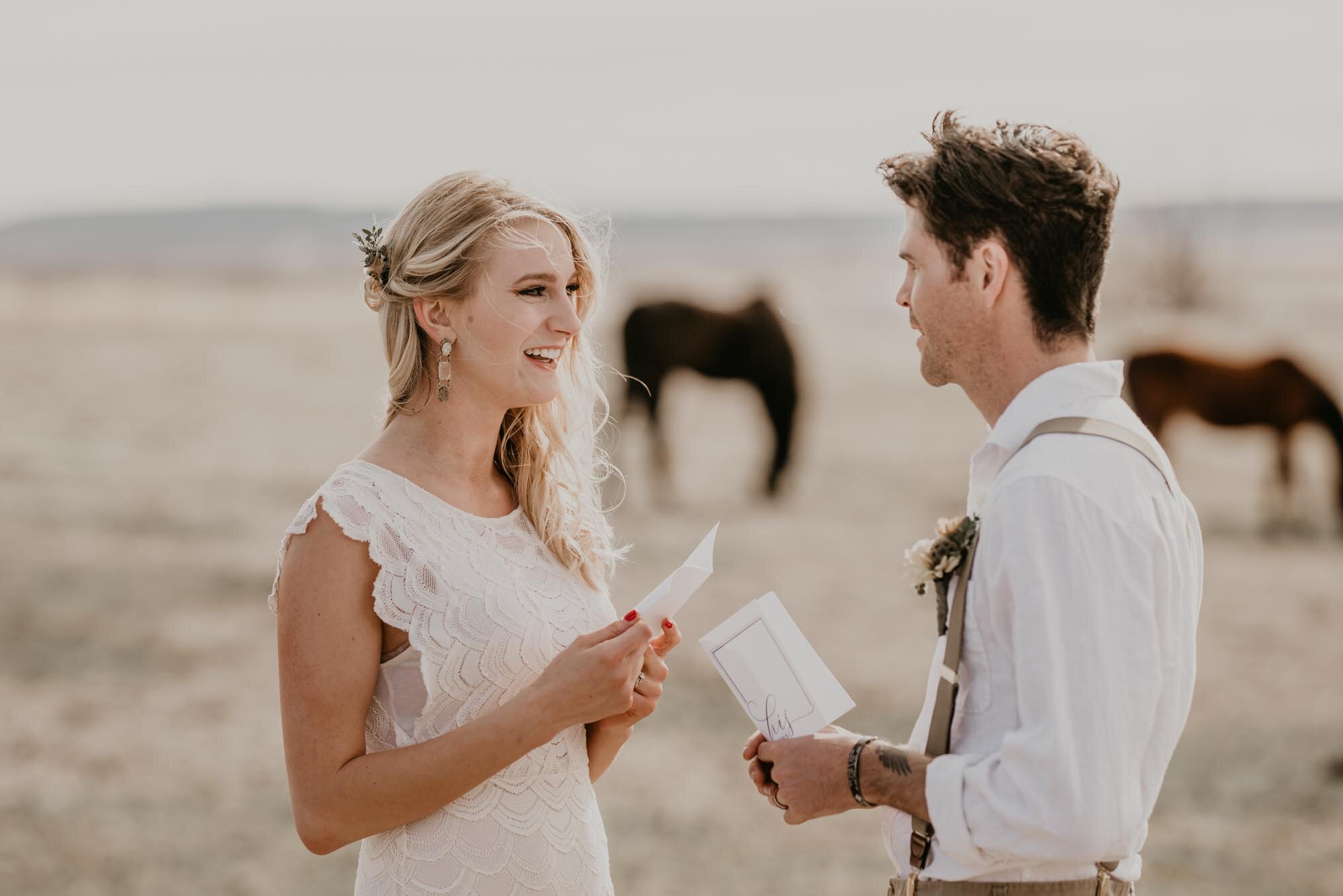 Some states require a licensed officiant to sign your marriage license, but that doesn’t mean you can’t exchange vows privately!

Don’t get hung up on the idea that your legal paperwork and your elopement ceremony have to be done simultaneously. Here’s why:

Mutual Consent vs Permission from the State

I want to recognize and highlight the difference between a personal decision to marry made between two individuals vs permission granted by the state to access marital benefits. As the fight to legalize same-sex marriage taught us, legal permission has real value for the sake of dignity, equality, and for practical purposes such as the right to be involved in medical decisions and access to certain tax and custody benefits.

“How are we going to find an officiant willing to hike to the top of a mountain with us?”

“How do we get legally married overseas?”

“We just want a private ceremony, why do we need witnesses to sign our license?”

“We want to get married soon so I can get health insurance, but there’s no way I can plan a wedding by then!”

“My loved ones can’t travel, would it be ok to have more than one symbolic ceremony? Which one is legal?”

Because the legalities of state-recognized marriage vary from country to country and even state to state, I urge couples who are eloping to consider stripping the legal process of any emotional meaning.

Ask yourself what is important to you:

What’s the difference between a marriage license vs a marriage certificate anyway?

The certificate proves you are married. It’s the certificate that makes your marriage valid in the eyes of the government. It entitles you to benefits if you move to another state, or overseas. In the US, Marriages performed overseas are considered valid in the country where they take place if they are entered into in accordance with local law. (1)

The institution of marriage has come a long way from political alliances between families. Apart from the legal practicalities and benefits mentioned above, these days marriages are colorful and varied and need only be governed by the rules set by the parties to the marriage.

Marriage remains as symbolic as the ceremony you had that declared yourself married. It only means something because you agree that it does. All ceremonies are rituals, and all rituals are symbolic. After all, the institution of marriage was a social contract long before it became a concern of the government.

I personally love the idea of squirrels as witnesses, but I really appreciate how simple (and how startlingly progressive) medieval marriages were regarding consent.

Recognizing that marriage ceremonies boil down to pure symbolism doesn’t mean that those ceremonies aren’t important.

Once you are married, YOU will be charged with bringing meaning to that marriage, every day. Marriage ceremonies take up so much space in our lives and traditions because it’s important to mark the intention and the consent to commit to that daily promise of meaning.

I want you to free yourself (and your wedding day!) from worrying about the exact moment your marriage becomes legal in the eyes of the government. It’s so easy to think you need to do something the way everyone else does it- but you know better than that because you’re already rejecting the idea that you need a big traditional wedding!

So go ahead, elope overseas or in a different state.

File the paperwork 6 months before your ceremony if that is what you want or need to do! Say your vows on the top of a mountain or at the bottom of a waterfall. Fulfill your religious imperative at your ceremony, but don’t worry about changing plans for the state. It’s relatively easy to become legally married, and not being able to find an officiant willing to hike 12 miles doesn’t have to hold you back! (I want to recognize the privilege of marrying your partner is not universally available to LGBTQ couples worldwide. I hope that changes.)

Free your wedding! The county clerk’s office is not going anywhere.

At Wild Earth Weddings, I believe that nothing is more beautiful, special, and fulfilling than having a wedding day that is 100% you. I empower couples to seek the deeper meaning behind their intent to marry, and to carry that meaning with them into their marriage.

You know, the one that always reminds you to bring extra socks on the overnight hike, and who definitely has the best podcasts queued up for the road trip.


From dreaming to planning, to the big day and after, I lend you my experience, my best ideas and inspiration, my favorite and most breathtaking locations, and the all cheering-on you need.

I create the space for you to feel easy, relaxed, and EXCITED as you treat yourselves to one heck of an adventure together.

I believe that big weddings aren’t the right fit for everyone, and that your wedding day is an opportunity to do something different, something wild, and something completely unique.

I also believe that connecting with the earth connects you to your partner, and that wedding vows (and photos) are extra magical in the majestic landscapes of the American West.